The Jack and Jill Children’s Foundation asked me, through the Solomon Gallery, to paint a fibreglass egg two and a half feet high to raise funds for their foundation. I had no hesitation in accepting as they do amazing work in providing care and support for children with severe neurological development issues, as well as offering some respite to the parents and families.
To me, the challenge of painting this egg was to try and say something about carers all over the world and not just carers but the silent masses who carry on their very difficult lives with dignity and humour. The end result was this figurative piece which I called “Their Silent Sound Holds All Creation”. 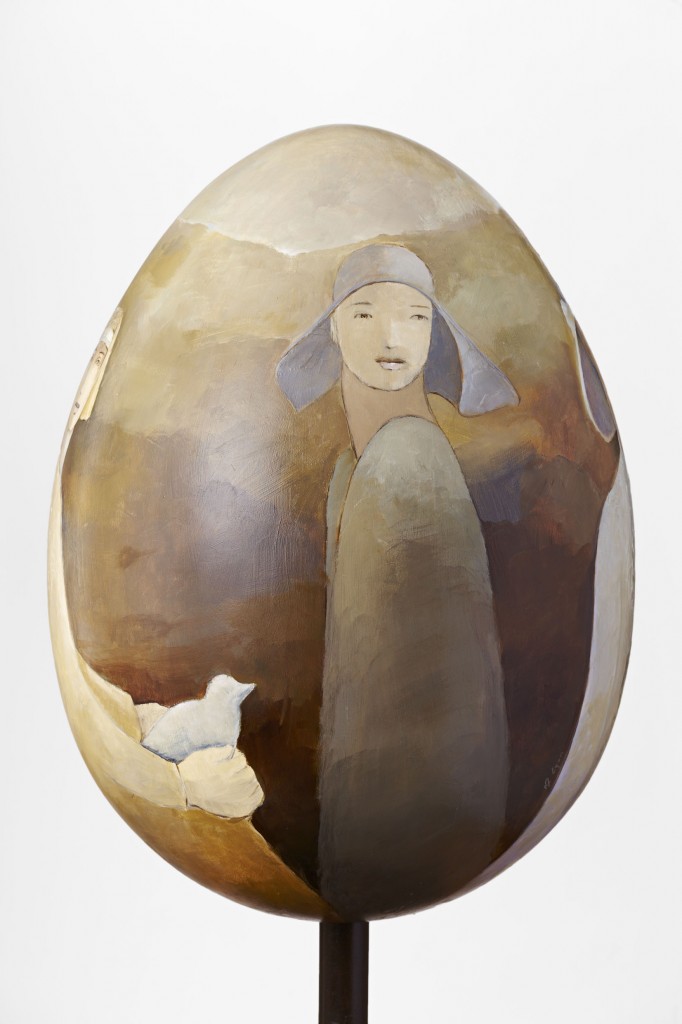 About the Jack and Jill Children’s Foundation

The Jack and Jill Children’s Foundation offers home care and respite for 300 Irish families of children with severe neurological development issues. Empowering parents to care for their children at home, the service includes home nursing visits, advice and lobbying for improved government support.

Jack and Jill was founded in 1997 by Jonathan Irwin and his wife Mary Ann O’Brien after facing the lack of support services for their own son, Jack, who was born with severe intellectual and physical difficulties. Jack Irwin sadly passed away on 13 December 1997 but his memory lives on through Jack & Jill.

100% of all funds raised from fundraising events such as The Big Egg Hunt go directly to the families in need.